To you my God is my passion,

In you is my desire and love

To you is my heart and my kidneys,

To you is my spirit and my breath

and from you is my character

To you myself to you

Is my blood and my skin with my body

To you are my eyes

And my ideas and my shape and my form

To you is my spirit to you my strength

And my trust and my hope

To you I’ll sob and not resemble

until you will illuminate my darkness

Until my return to my land

To you is kingship to you is tide,

To you is my craving adoration

To you is help in time of trouble,

Be my help when I’m in trouble

And what am I and what is my life

And what is my strength and my power

As a fallen straw pushed aside,

And how will you remember my mistake

And hidden light in front of you

Let it be my hideout and my abode

And under your wing’s shade

It is impossible to convey the atmosphere in the synagogues on the eve of Yom Kippur, just before the start of the Kol Nidrei prayer service, to anyone who has not experienced it for themselves. The prayer hall is teeming with people, in their best clothes (and simple non-leather footwear), chatting. The sense of the approaching Day of Judgment is everywhere. The powerful tension is suddenly silenced and, in a single moment, the opening piyut of the holy day begins and, with it, hearts open and tears begin to flow:

“My passion is for you, my Lord

My desire and love are for you

My heart and entirety are given for you

My spirit and soul.”

These words, which were written some 800 years ago in Spain (the authorship is not entirely clear), have always been unique in terms of the intense expression they convey – definitive devotion. I have nothing that belongs to me, I belong to God and I will return to Him. The piyut subsequently continues on to the confession:

“I will acknowledge you and confess to you

My wrongdoings and malice

My salvation lies with you – forgive my evildoing

And my crime and guilt.”

It is only at the end of the long confession that he refers a little to the good that awaits the soul in Heaven.

There are, of course, several traditional tunes to this powerful piyut, which are sung in synagogues of different communities. However, this is one of those occasions when a piyut from the prayer book was revived, also as a modern day song played on the radio, not as a traditional piyut but as a popular contemporary song. The song has to have a single message which can be conveyed within a short space of time, while a piyut can have very many stanzas, and comprises a long and winding journey with changing topics and messages. Here there is an additional problem. The song needs a refrain, while the original piyut does not have a line that is repeated. It is read in one go, from start to finish. How is it possible to choose a particular line to be repeated, out of the dozens of lines that are brimming with emotion?

The main section of the piyut, as noted, engages in the confession of sins, which explains why it is recited at the beginning of the sacred day. However, it seems to me that, these days, it is difficult to connect with what appears to us to be self-criticism. This led to the choice of the refrain in the single line: “Bring me back and I will return / and you will desire my repentance.” That, in essence, is the whole piyut, in one sentence. The objective of the confession is not to torment a person and make them despair, rather to bring them back to the straight and narrow.

The lines that address the confession itself and descriptions of the transgression have been completely left out of the modern version of the song. This was done in order to arrive at a single statement from the long piyut and turn it into a short song. The statement about the wish to repent is the main point.

The song was scored by Yair Gadasi, and it became popularized through the rendition by Yoav Yitzhak and Haim Yisrael, who are among the veteran singers of the Mizrahi music scene in Israel. It is probably the only song in mainstream Israeli music which is performed with a Yemenite accent, which is identified so closely with the song that it is even used in the cover versions. The singer in the video clip is Avner Gadasi, the brother of the composer, and one can imagine how they were both exposed to the sing, together, as children in the synagogue. It is possibly for this reason that Avner Gadasi chooses to begin his rendition in the traditional style, as it is sung in the synagogue, and thereby connecting us with a situation of reciting the song on Yom Kippur eve, with weeping and pleading, and not based on an orderly score. The devotional nature of his singing carries over when he performs the popular tune, and the emotional element reaches a climax when he reaches the following stanza:

“I will cry to you, and adhere to you,

Until I return to my land

To you, while I am still alive

And even after my death.”

It is not surprising to learn that this piyut was also recited as a final confession, prior to death.

In between the stanzas the moving transition, which is familiar from the original reading, is played. However, here it is not performed in a grandiose style, rather as a murmured and sensitive moan played by Avi Lebovitch on trombone who, together with the other instrumentalists, envelopes the entire song in a delicate and comforting jazzy touch. Towards the end, Gadasi returns to the free style of the singing from the synagogue and, with the accompaniment of the instruments playing the base melody, he once again presents it in a  free form, full of devotional intent, like someone standing up to recite a prayer. In this way the popular Mizrahi score, the current jazzy arrangement and the trilling from the Yemenite synagogue combine: three different styles the common denominator of which can be defined by the term “soul music”. After all, the soul is the theme of this piyut. 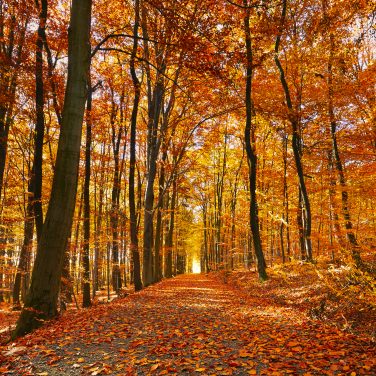