Between “Waiving the Children” and “Akedat Isaac”

Dr. David Sperber | Between "Waiving the Children" to "Akedat Isaac" - The work of artist Adi Nes

The story of the Akedah – the Binding of Isaac – is a founding myth in Jewish tradition and in Israeli culture. Israeli art also relates frequently to this story. Alongside the well-known works, the work of the photographer Adi Nes stands out. The way in which Nes relates to the narrative of the Akedah is unusual. It is interesting to return to the story of the Akedah after looking at his work: the view he proposes of the founding myth illuminates it differently, brings it back to being a simile.

Dr. David Sperber is a researcher of contemporary art specializing in Jewish art and art created in Israel, and in the interfaces between art and theology. Until recently, he was a postdoctoral fellow at the Institute of Sacred Music at Yale University in the United States, where he also taught in the Department of Art History. Sperber is currently a research fellow at the David Hartman Center for Intellectual Leadership at the Shalom Hartman Institute in Jerusalem, and heads the Contemporary Art Curatorial Studies Program at the Schechter Institute for Jewish Studies in Jerusalem.

The Abraham Accord and the universality of Judaism

The Abraham Accord and the universality of Judaism 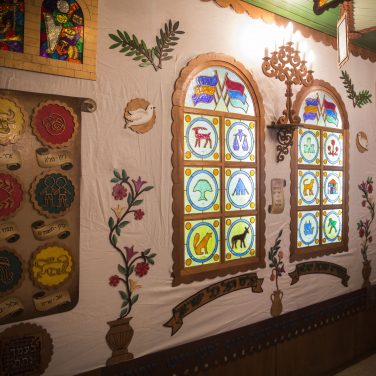